A 1994 study in US revealed that only about “9% of software projects were successful”
A large number of projects upon completion do not have all the promised features or they do not meet all the requirements that were defined when the project was kicked off.

Whether you are part of a team that is building a book keeping application or a software that runs a power plant you cannot afford to have less than reliable software.
Unreliable software can severely hurt businesses and endanger lives depending on the criticality of the application. The simplest application poorly written can deteriorate the performance of your environment such as the servers, the network and thereby causing an unwanted mess.

To ensure software application reliability and project success Software Testing plays a very crucial role.
Everything can and should be tested –

What is Effective Software Testing?

How do we measure ‘Effectiveness’ of Software Testing?
The effectiveness of Testing can be measured if the goal and purpose of the testing effort is clearly defined. Some of the typical Testing goals are:

The effectiveness of testing can be measured with the degree of success in achieving the above goals.

Several factors influence the effectiveness of Software Testing Effort, which ultimately determine the success of the Project.

The testing process and the test cases should cover

There are various levels of testing which focus on different aspects of the software application. The often-quoted V model best explains this: 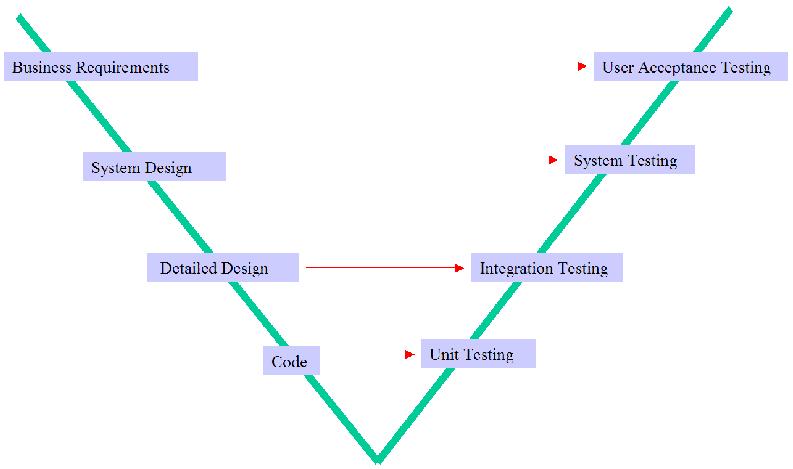 The various levels of testing illustrated above are:

The goal of each testing level is slightly different thereby ensuring the overall project reliability.

There are various types of System Testing possible which test the various aspects of the software application.

B) Test Planning and Process:

Having followed the above steps for various levels of testing the product is rolled.

It is not uncommon to see various “bugs”/Defects even after the product is released to production. An effective Testing Strategy and Process helps to minimize or eliminate these defects. The extent to which it eliminates these post-production defects (Design Defects/Coding Defects/etc) is a good measure of the effectiveness of the Testing Strategy and Process.
As the saying goes – ‘the proof of the pudding is in the eating‘

The success of the project and the reliability of the software application depend a lot on the effectiveness of the testing effort. This article discusses “What is effective Software Testing?”

A link to the 1994 study called The Chaos Report